What’s the Deal With Obamacare and the Supreme Court? 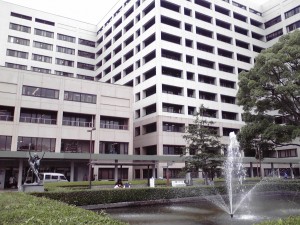 Was it an intentional omission?  Was it an error?  Who knows? [Maybe only Mr. Gruber]  In any case, the pending and latest issue with the Affordable Care Act currently pending before the Supreme Court has left many pondering what the big deal is anyway.

The law: Unless you’ve been hiding under a rock somewhere, you are likely familiar with the Affordable Care Act, i.e. “Obamacare”.  In 2010, Congress passed the President’s Seminole legislative piece: mandated health coverage for all Americans.  The law mandated that individuals get coverage.  As a carrot offering, the law permitted two new options to the states and its citizenry, namely: (1) the loosening of current [and differing] state level standards for Medicaid [for Ohio Medicaid references, see other articles on site]; and (2) subsidies for those individuals who otherwise would still not qualify for Medicaid under the relaxed rule and fall between 133%-400% of the federal poverty level [i.e.—the government would provide you with payment to advance toward your own personal coverage].

At Issue:  The Court is focused at this time on the provision relating to the subsidies.  Specifically, the subsidies are couched in a particular section that permits subsidies to those in states ‘that have set up their own exchanges’.  However, and as you may know, some states have decided not to set up their own exchange, for fear that the growing costs may be too much to bear when the government shifts increased costs of expansion to the state [which is expected and phased out by the law in 2020]. In those states, the law permits the federal government to ‘pick up [non-participating states’] exchanges and create them for said stubborn state.

Interpretation Issue:  As with most ‘carrot’ threats, the federal government is permitted to offer the states something of value in exchange for compliance.  Within the ACA, it is clearly noted that residents of states that have refused to expand Medicaid coverage via the law will not be eligible to receive subsidies.  This was the intent and created politically charged decisions for the governors across the nation [see historical articles regarding Gov. Kasich’s agreed expansion of Medicaid].  Indeed, as the increased costs will be shifted to the states in 2020, the governors faced the decision on whether or not to deny Medicaid coverage to those parties who would otherwise be unable to afford private insurance under the plan and would now be left with the double burden of purchasing insurance in a market where they will begin behind [as their counterparts in neighboring states would be receiving subsidies at the federal level].

What does all this have to do with the exchanges?  Well, in that same vein above, if the ACA can get a win from the Supreme Court on this and permit subsidies regardless of exchange set-up, this would be a ‘cake and eat it too’ scenario for the stubborn states.  Regardless of how you feel about the strengths and weaknesses of the law, if permitted, this would slight the states that handle their own costs of the exchanges.  The federal government has no money apart from you the taxpayer.  This has the practical effect of cost spreading the ‘gaming states’ to the participating states.  The residents of New York, for example, may be paying for their own exchange as well as paying for Florida, for example.  And what may have been meant as a ‘carrot’ could end up as a ‘stick’ to the participating states.