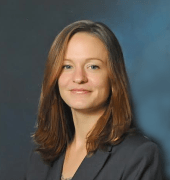 By: Jessica B. Moon

With the implementation of the Affordable Health Care Act comes many new persons who qualify to receive Medicaid benefits, “eligibles”.  Formerly, Medicaid was set up as needs-based system; meaning, it was a benefit that you had to apply/qualify for based upon a predetermined income/asset level. There was no provision that stated you had to ask for Medicaid benefits, but once you do, you have to comply with Medicaid rules and are subject to Medicaid recovery. Medicaid eligibility and recovery is set state by state with varying levels of reimbursement provided by the federal government to those states for costs incurred on behalf of state eligibles.  While the federal government has expanded the definition of those persons who qualify to receive benefits or subsidies to purchase health insurance on the exchanges, the individual states must decide whether or not to accept the expanded definitions or maintain the current ‘deals’ [and federal reimbursement] in place with the federal government. The federal government as incentive has agreed to cover 100% of the new state enrollees/eligible but only through 2014, with declining reimbursements up through 2020 (reimbursement at 90%), with silence on what the federal reimbursement rates will be after that time.

In Ohio and Florida, Medicaid eligibles who receive Medicaid as a result of being over the age of 55 and in need of full time nursing care become Medicaid “recoverables” upon death.  Because the states and the federal government provided payment for care during the lifetime of the eligible, the agency for healthcare/attorney general has contractually ‘earned’ the right to place liens against the assets of the individuals formerly on Medicaid up and to the amounts spent on their care.  This makes sense.  If you apply for a benefit, you must abide by the rules of receiving that benefit.

So what’s the problem?  Well, maybe there won’t be any problems with the new eligibles. Consider for a moment, however, the following information. The Affordable Care Act has now made it mandatory to get health coverage; this is the dreaded “individual mandate” regularly debated in the news.  With this, Medicaid becomes a necessity among those who qualify. Someone who formerly qualified for Medicaid but did not want to subject himself/herself to the Medicaid rules could simply decline to get Medicaid coverage. This is no longer the case. To boot, persons who are eligible for Medicaid are ineligible to receive any subsidies (or discounts from the federal government) in order to purchase private insurance on the exchanges, even though that individual earns less than those who qualify for subsidies. So the eligible is stuck; without a subsidy, the newly eligible cannot afford the private insurance cost which has only gone up to compensate for the new flood to the system of previously uninsured individuals and yet they are mandated to get coverage. The result? The formerly Medicaid eligible is now a mandated Medicaid recipient.

While there remains no current recovery in Ohio against Medicaid recipients who receive benefits only as a result of income-based benefits/healthcare coverage (as opposed to long-term care benefits), the transition to mandatory submission to Medicaid rules is already in place. Indeed, the issue of recovery was addressed [and left open] in recent correspondence from the Center for Medicare and Medicaid Services regarding collection of Medicaid costs.  In its address, the CMS left the option to the States seeking recovery. See http://salsa4.salsalabs.com/o/50849/t/0/blastContent.jsp?email_blast_KEY=1236838

“States that have policies to recover Medicaid costs beyond LTSS (long term care services) from Medicaid beneficiaries may choose to exempt MAGI Medicaid enrollees (new eligibles) from those policies.” Id.

Keep in mind that the States who have adopted the expanded enrollment provisions are slowly but surely going to see the federal reimbursement rates for these Medicaid recipients diminish. http://www.aafp.org/dam/AAFP/documents/advocacy/coverage/aca/ES-MedicaidExpansion.pdf

Where is the cost going to come from then? One only needs to look in the mirror; if payment is not coming from the estate(s) of the newly eligibles, it will most certainly come from somewhere.  I’ll give you a hint—the state gets its money from you, the taxpayer. Medicaid cost projections are dismal and will likely increase beyond projections. http://medicaid.gov/Medicaid-CHIP-Program-Information/By-Topics/Financing-and-Reimbursement/Downloads/medicaid-actuarial-report-2012.pdf

“Damned if you don’t”

Anticipating this problem, some states (like Florida) have bulked at the expansion of Medicaid—often facing criticism that said states are cold and unkind to those who would otherwise qualify for benefits. Indeed, those who would qualify for the expanded Medicaid coverage are not only prevented from receiving subsidies to purchase private insurance on the exchanges, but are also prevented from receiving Medicaid based coverage in their state.  Those individuals are still under the federal mandate to get health insurance coverage.

“Damned if you do”

Other states (like Ohio) have caved to the pressure of expanding the program.  In a somewhat short sighted view, these states decline to pass up the immediate federal reimbursement of new eligibles instead of conservatively maintain a long term and solvent state Medicaid program. What will happen to these states when the federal government can no longer afford to keep the state programs solvent or at least maintain a semblance of solvency?

What can you do now

Understanding that these issues remain open ended and yet unsolved, you need to consider how to best set up your assets and estate to comply with regulation and maximize your own control over your affairs while you are still able.  Through the use of Trusts and other legal techniques, you can minimize the ever expanding effects of our healthcare system and the increased government intervention in every aspect of our lives.

The more troubling issue may be the lack of real choice, not only by the states, but by the individuals.  After we submit to this new system, it will be all but impossible to free ourselves from these heavy regulation machines and worse, we may have forfeited the legal mechanisms to undo them.

“Those who give up their liberty for more security neither deserve liberty nor security.” –        Benjamin Franklin